I started reading Michael Faber’s debut novel (2000 Canongate Books) Under the Skin because of the fantastic adaptation starring Scarlet Johansson. The story was strange, stark and thrilling, and I was curious to discover how this had been translated from the book form.

The story begins with Isserley, a presumably ordinary girl driving around beautiful Scotland, whom we are led to assume is on the prowl for… well sex (I assumed this, at least. Anyone else?) Although, this is never actually said.

“Isserley always drove straight past a hitchhiker when she first saw him, to give herself time to size him up. She was looking for big muscles: a hunk on legs. Puny, scrawny specimens were no use to her.”

The clue, however, is in the word “specimens”.

The narrative throughout the first few chapters is non-expository and leaves the reader with a sense of wanting to know more. We follow Isserley as she finally picks up a man and seems to weigh him up for some unknown quality.

With a flip of a switch in her modified car, the story descends into nightmare.

What struck me most about the first part of UTS, was that Isserley, for all intents and purposes, is a woman. It flips the adage of the dangerous hitchhiker and the helpless lone woman driver on its head.

Isserley is not a victim to be taken advantage of by the potential danger of picking up a hitchhiker. She is, in fact, for the most part, the predator.

We are then left with one burning question: what happens to them after? We know it’s nothing good, that’s for sure and the tension built around this is superbly executed. 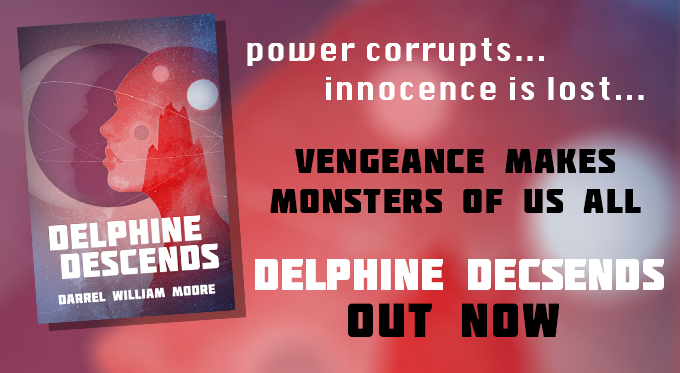 As we move through the story, our curiosity is extended beyond Isserley and her intentions, to a farm where she takes her catch of the day, handing them over to a group of workers.

We are then left with one burning question: what happens to them after? We know it’s nothing good, that’s for sure, and the tension built around this is superbly executed.

Despite what we know of Isserley at this point – being that she is a predator – the character is remarkably relatable. She doesn’t know much about cars, she seems to have a phobia of enclosed spaces and she walks a fine line between being coy, innocent almost, and downright mean (she does not think highly of the men she works with).

As the story progresses we get to know more about Isserley and just what is happening at the farm. Words like “vodsel” gradually reveal their meaning to us and finally it clicks.

Isserley and the men are not from this world. She has been surgically altered, mutilated, out of her original form to look like a “vodsel” – us. And that human beings – them – we are given to assume, look more like sheep (humour is intigrated perfectly around this).

With the arrival of Amlis Vess – the son of her employer – from her own world we find out just exactly what is happening to the men Isserley acquires.

Well, they cut out their tongues, slice off their balls, fatten them up and send them back to their home planet as parcels of meat to be sold… actually.

When four vodsels are set free by the “animal rights activist” Vess, Isserley is forced to help track them down in a scene that truly depicts the horror of what is happening to the men.

Isserley is left to her solitary existence, captured by the stunning narrative of the bleak Scottish landscape and the often bleaker existence of the potential victims she invites into her car.

She was forced into her work to escape the conditions on her home planet, which we are led to believe is segregated in such a way that would have meant Isserely would spend her entire life living underground. For a human being with claustrophobia, this was an issue.

Vess, despite Isserley’s hatred of him for being rich and free and beautiful (covered in fine back down), it seems is the only one she feels some affinity with and she wants to show him how beautiful Earth is.

Vess, however, must return home and Isserley is left to her solitary existence, captured by the stunning narrative of the bleak Scottish landscape and the often bleaker existence of the potential victims she invites into her car.

Everything changes for Isserley, however, when instead of trapping a vodsel, a vodsel traps her. He forces her off the road and onto her knees. She escapes, however, much to the man’s demise, and we see her unravel in what we find out was a loosely held together human being to begin with.

In this state, Isserley makes a mistake. She does not take a man without  family or friends or anyone to look for him, she instead takes a man with loved ones – people who care about him.

She descends into a state where she wants revenge for what has been done to her – both for her mutilated body and suffering at the hands of a vodsel.

After this, Isserley knows it is over and is just a matter of time until she will be forced to return to her home planet.

So, she leaves and does not come back. She ironically is forced to pick up another hitcher – one she has no intention of “taking” – and is involved in a car accident.

Her modified car has another “trick” and as Isserley presses the button that will destroy her and the car, we know, in a sense, she has finally found her freedom.

In conclusion, UTS the film and UTS the book, while sharing the same loose premise are profoundly different. The film, cinematic and stark in dialogue, evokes the questions…

UTS the book, for me, provided the answers.